Tracy and Bo had a very elegant Wedding at the Roosevelt Hotel in Manhattan NYC Saturday night. 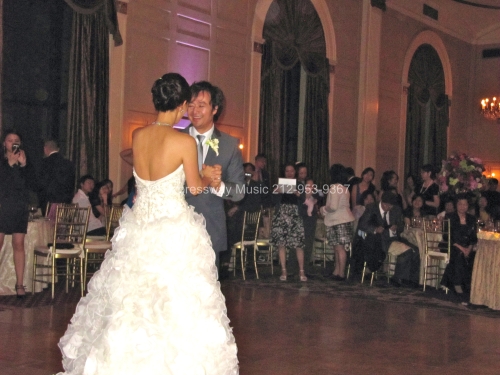 Expressway Music DJ Dave Swirsky played Music for the pre-ceremony, Processional and Recessional(and provided the officiant with a microphone and speaker). It was a beautiful ceremony done by Christopher Frost Shelley the officiant. The Roosevelt hotel hosts many 5 star weddings and have a number of different spaces within the hotel that can accommodate almost any party large or small. 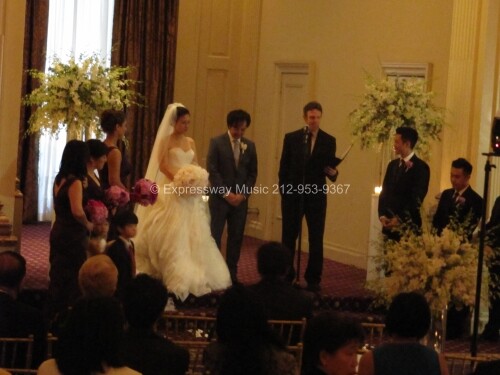 After guests enjoyed cocktail hour to music provided by DJ Dave guests returned to the Hotel Roosevelt’s lavish, Grand Ballroom for the wedding reception which started with a beautiful tea ceremony honoring members of the grooms (Bo) family. 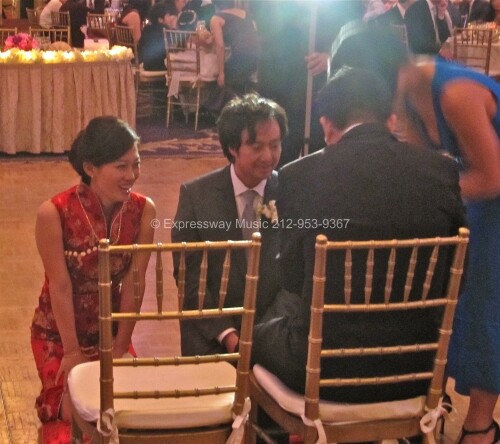 After the tea ceremony, DJ Dave Swirsky introduced the wedding party and bride and groom into the reception and then the dancing began….all night I might add! 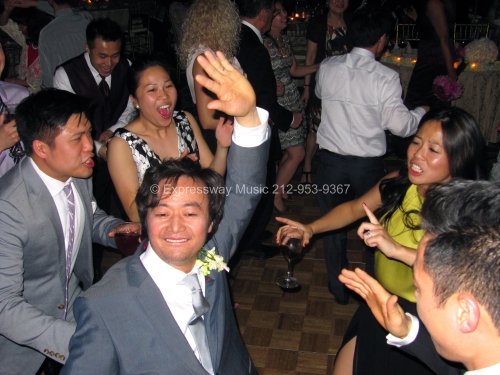 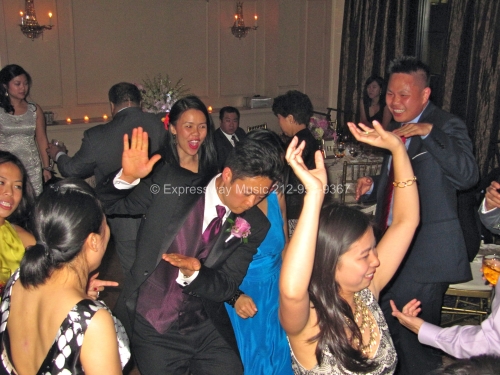 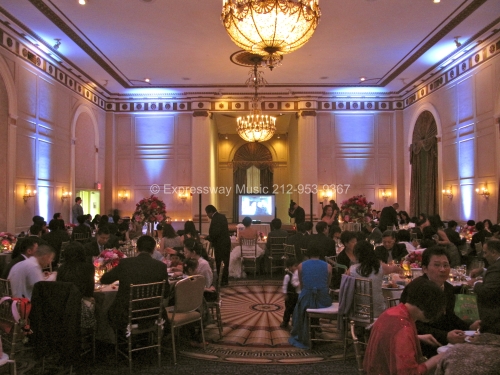 Bride and Groom were VERY attentive to their guests as they went around to each table and toasted them!!!! 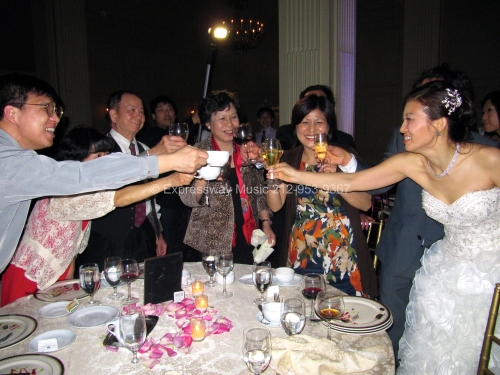 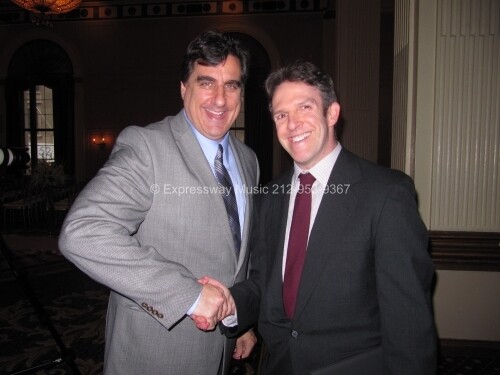 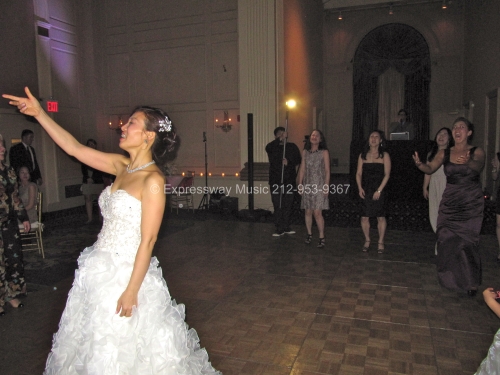 The Wedding was captured on Video by Wen Productions (Wen Wen Lin) and the wedding was overseen by Caitlin from the Roosevelt Hotel. We wish Bo and Tracy the best of luck and Thank you very much for using our services…it was our pleasure!!!!

Tracy & I are very grateful for your help and that of your assistant!.  Everything was well coordinated and the event flowed really well, considering that we didn’t have a rehearsal.  You get a lot of credit for that. All in all we were superb happy and would definitely recommend people to you.
Also very glad that you, Wen & Christopher got along really well.  I really liked these two vendors as well, and hopefully you can refer business for each other.  Especially Christopher who is just starting out but is such a great officiant, any referrals for him would be most useful;)

Once again, thank you! It was such a pleasure working with you.

Micro Wedding Success at The Foundry in Long Island City